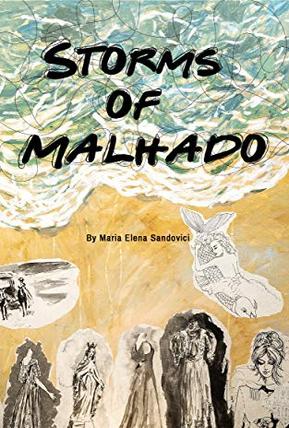 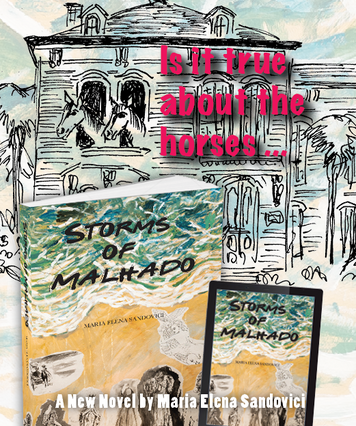 "Taking place entirely on a beautifully moody Galveston Island, Ms. Sandovici weaves three simultaneous stories with ease.  With a timeless tale, ethereal language, and complicated characters, readers will be entranced by this modern ghost story.  How many times can the past repeat itself?  How do we recognize people through generations? The author tackles this topic amid a backdrop of violent nature and intangible dreamscapes." Courtney Brandt, Author of THE QUEENOF ENGLAND: CORONATION, GRAND TOUR, ASCENSION

“Three women, three great storms, and one house, haunted by forbidden love and frustrated ambition. Get ready to be swept away by Sandovici’s foray into Galveston Island’s tempestuous history in this tale of lives intertwined across time.” Donna Dechen Birdwell, Author of NOT KNOWING

And she certainly doesn’t believe the rumors that her family’s home is haunted, despite its tragic history: two young women who lived there in different eras died in hurricanes – one during Hurricane Carla in 1961, one during the Great Storm of 1900, the greatest natural disaster to befall the United States.

But that was the past. A fact Katie reminds herself of when she returns to Galveston to await Hurricane Ike with her parents and boyfriend in her family’s Broadway mansion, hoping to rekindle her flailing relationship. While Katie is not afraid of the ghost stories she’s heard, she is afraid of the monster storm approaching. As even die-hard Islanders evacuate, her fears grow. Fear of the looming hurricane. Fear that she’s talentless as a painter. Fear that her relationship with her boyfriend is already over. As Katie struggles against her fears, the past whispers to her of the women who died there, and the haunting similarities they share with Katie’s own life.

Through three different timelines, Storms of Malhado weaves a story of Galveston’s past, underscoring its danger and isolation, as well as its remarkable resilience, its capacity for both nostalgia and reinvention. Full of contradictions, at once insular and open to the world, Galveston Island is as much a character of the novel as Katie, Suzanne, Betty, their lovers, and their confidantes.